Almost five million tons of plastic waste are generated in Germany every year. A big factor: food packaging. There are alternatives!

The discussion about the large amounts of garbage that is generated with every purchase is not new. It revolves around cucumbers wrapped in plastic or thin films that can be found between slices of cheese. The fact that the cheese is of course already shrink-wrapped in plastic hardly needs to be mentioned. As a result, purchases in conventional supermarkets are often anything but sustainable.

In May 2018, activists in some European cities, including Berlin, took a stand against plastic packaging in supermarkets – with so-called “plastic attacks”. They put the groceries they bought directly in the market in cloth bags and storage jars and left behind the packaging waste that supermarkets have to take back (to a certain extent).

The campaign has actually attracted attention and yet it is primarily politicians and supermarkets that have to deal with the problem in order to quickly improve the situation. This has actually already happened to a limited extent: plastic bags, for example, have not been free for a long time. Rewe and Penny have also carried out initial tests to label fruit and vegetables with laser engraving and no longer pack them.

What can be done against the masses of packaging waste? 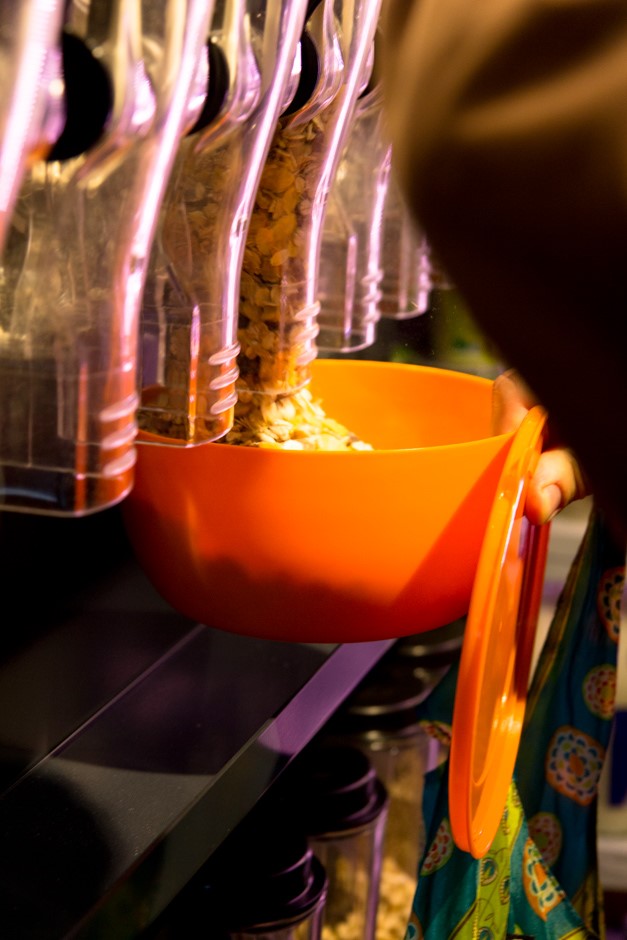 If you want to take out the garbage less often and at the same time protect the environment, you can make sure to buy food with as little packaging as possible in the supermarket. If you try that seriously, you will notice that it is easier said than done.

So-called packaging-free supermarkets are a real alternative. Here you can bring your glasses with screw caps, cloth bags and the like from home and refill oatmeal, sweets and milk. There are now such markets in most of the larger cities.

In Bonn, where the head chef is based, for example, there is free food Deinet. On their website, they explain  further advantages of a packaging-free food market that may not be immediately clear to everyone:

If you just want to try out packaging-free shopping, but don’t have enough containers to refill yourself, you can usually borrow them directly from the store. As with bottles, you pay a deposit, which you get paid back when you return it. The hurdle is therefore negligibly small to get involved in the environmentally conscious trend.

Shopping in packaging-free supermarkets is just one of many ways to limit personal waste production. Meanwhile, a trend – or rather a movement – called “Zero Waste” has developed. You can imagine what it’s about: producing as little waste as possible – in all situations.

Above all, this requires one thing: commitment. In many situations, rubbish can be avoided if you just take the time to think about it briefly. It starts with not having a receipt printed out or using your own reusable cup instead of to-go cups for coffee. Insights into the movement can easily be found in numerous places on the Internet. On blogs and video platforms such as YouTube, for example, you can get helpful tips on how to avoid unnecessary rubbish in everyday life without much effort.